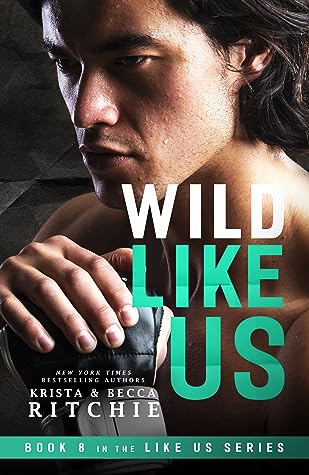 One is new to love.
One is bad at love.
One denies love.

Twenty-one-year-old, foul-mouthed Olympian, Sullivan Meadows, just made a huge mistake. She told her bodyguards—her buddies, her pals—they could take her virginity. Words forever engrained in her brain.

Akara Kitsuwon & Banks Moretti are best friends, sworn to protect each other and their client Sullivan. But upon hearing her confession, their reactions aren’t what Sulli expects.

As the three embark on the road to Yellowstone, tension builds and close quarters leave no secrets behind. Feelings for her childhood friendship with Akara—that teasing, flirty leader—grow hotter, but so do her feelings for Banks, the rugged, heart-melting Marine.

While Sulli is out west to free-solo her dad’s old climbing routes, the only true destination the three of them are certain of is Yellowstone.

Love & romance are totally up in the air.

Sullivan Minnie Meadows has finally arrived. Her story has been a long time coming, fans of the series and the Meadows family in general have been waiting for years for her time to shine. And let me tell you, the girl did not disappoint.

I wouldn’t be a Meadows if I didn’t unapologetically go at life at a hundred-and-fifty-miles per hour. No brakes.

Sulli is a 21-year-old virgin who just told her bodyguards she wanted one of them to take her virginity. Yes, it was as awkward as it sounds, and now they’re all going on a road trip together. Stuck in a car and a tent for hours, just the three of them. Yikes.

How can I put into word what I’m currently feeling? I can’t tell you why I relate to Sulli so much, I can’t tell you why I was so enamored with her story, I just know the feelings are there. Sullivan owns my heart and soul. I love everything about her, flaws and all. I love her passion and drive. I love that she speaks her mind, even when it’s embarrassing and ends in misery. I love that she takes no shit, even from people she loves. Not to be dramatic or anything, but I would die for her.

What all of this means is that I went into this expecting the best for her. Because that’s what she fucking deserves. She deserves everything she wants, she deserves the romance, the good times, and the passion she craves. And I wholeheartedly believe that Akara Kitsuwon and Banks Moretti are what makes her happy and what’s best for her.

I am not Elena Gilbert. I’m not emotionally prepared for a love triangle. And oh fuck, I can’t believe I’m thinking about The Vampire Diaries right now.

It’s definitely an unconventional romance. It’s not something she pictured for herself, or what Akara and Banks pictured, but hey, it works. Even with their doubts and fears swirling in their heads, at the end of the day, there was something so effortless when the three of them were together.

I loved Sullivan’s relationship with Akara, the tension has been building there for years after all. And her relationship with Banks was different but just as satisfying, it was sweeter in a way. But surprisingly, I really adored the relationship between Akara and Banks. While they aren’t together romantically, the bond was just as strong and pure. They loved Sulli with everything they had, but they also appreciated and respected each other throughout it all. It transcended a regular friendship.

But if chasing after Sullivan Meadows is the foolish thing to do, I’m gonna be the biggest fool this world has ever seen.

Now the only thing I can think of is, how will three books of them be enough? This was just the introduction. How can only two other books capture everything that need to be shown? There’s still so much to learn about this triad, especially Banks and Akara. I know I’m just being greedy, but still. That’s a problem for another day though, for now I’m just going to bask in the perfection of this story and start counting down the days until Fearless Like Us.

There’s a lot more I could say, this in no way encompasses what this story gave me. I haven’t mentioned Ryke, Daisy and Winona. Or Sulli and Beckett repairing their friendship. Or how Charlie is kind of a dick, but in a sweet way I guess. But honestly, Akara, Banks and Sulli deserve their moment. They deserve their spotlight, and all the attention I can give them, so that’s what I’m going to give them.