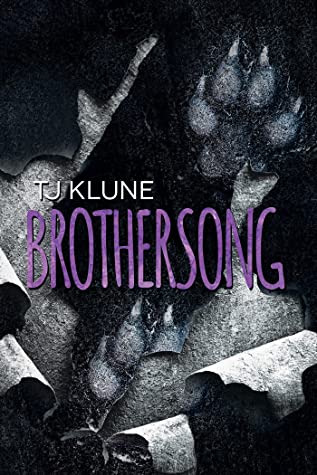 In the ruins of Caswell, Maine, Carter Bennett learned the truth of what had been right in front of him the entire time. And then it—he—was gone.

Desperate for answers, Carter takes to the road, leaving family and the safety of his pack behind, all in the name of a man he only knows as a feral wolf. But therein lies the danger: wolves are pack animals, and the longer Carter is on his own, the more his mind slips toward the endless void of Omega insanity.

But he pushes on, following the trail left by Gavin.

What Carter finds will change the course of the wolves forever. Because Gavin’s history with the Bennett pack goes back further than anyone knows, a secret kept hidden by Carter’s father, Thomas Bennett.

And with this knowledge comes a price: the sins of the fathers now rest upon the shoulders of their sons.

Why was this kind of underwhelming?

I’m actually super sad right now because I don’t have that usual feeling I do after I read a book in this series.

First off, there were a lot of time jumps in this book, and it was hard to tell where we were. The fact that there’s no label or page break to let you know you’ve left the present has always been an issue in this series. I’ll admit it took me out of the story a bit since I had to keep reminding myself where and when we were.

Second, and this is the one that breaks my heart, Carter and Gavin never had the focus of the story. Their romance was always secondary to wrapping up the plot with Robert Livingstone and I thought that was so unfair. By the end of the book, I felt like I barely knew Gavin. I also had no idea what kind of couple Gavin and Carter made, and I felt like they were overshadowed by everything else. It felt like the romance was just abandoned.  I think this book being in Gavin’s POV would have done a lot more for the story, it also would have made sense since every other book wasn’t in a Bennett POV.

The secondary characters took up a lot of the pages in this story, which would have been fine since I love all these characters. But not at the expense of the main couple. And it wasn’t just the secondary characters, it was also very minor characters who got pages and pages dedicated to them. Thomas Bennett got a lot of attention and focus in the story also, which annoyed me to no end. I don’t know, this was supposed to be about Gavin and Carter, and very quickly you could tell that changed to this being all about Green Creek in its entirety. Which again wouldn’t be a bad thing, unless you actually wanted to read about Carter and Gavin.

I felt like the intentions were well meaning. I mean, it’s the last book, so of course you want to show everything and make sure everyone got their goodbye. Of course, I’ll always love seeing the love between Joe, Kelly, and Carter. The love within the pack is always special as well. But there was just a lot to this book and it felt chaotic at times.

Lastly, and I hate myself for this… I definitely skimmed some sections. Gahh, there were just a lot of filler chapters in my opinion. We also go over a lot of info we already learned in previous books. I think those pages should have gone towards the relationship between Carter and Gavin, or something new at least.

The fact that I didn’t love this book is a travesty. This was one of my most anticipated books of the year! I know I made it sound like I hated everything, but that is far from the truth, I’m just kind of bummed.  While this didn’t end on the high note I wanted, I will always look back on this series and pack with love.

One thought on “ARC Review: Brothersong”