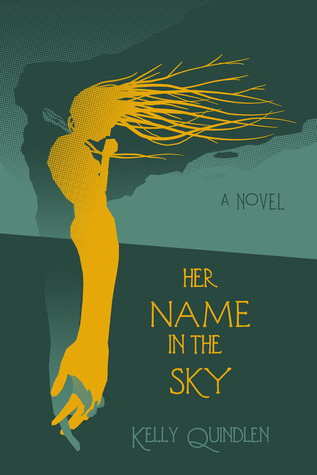 Her Name in the Sky by Kelly Quindlen

Hannah wants to spend her senior year of high school going to football games and Mardi Gras parties with her tight-knit group of friends.

The last thing she wants is to fall in love with a girl–especially when that girl is her best friend, Baker.

Hannah knows she should like Wally, the kind, earnest boy who asks her to prom. She should cheer on her friend Clay when he asks Baker to be his girlfriend. She should follow the rules of her conservative Louisiana community–the rules that have been ingrained in her since she was a child.

But Hannah longs to be with Baker, who cooks macaroni and cheese with Hannah late at night, who believes in the magic of books as much as Hannah does, and who challenges Hannah to be the best version of herself.

And Baker might want to be with Hannah, too–if both girls can embrace that world-shaking, yet wondrous, possibility. 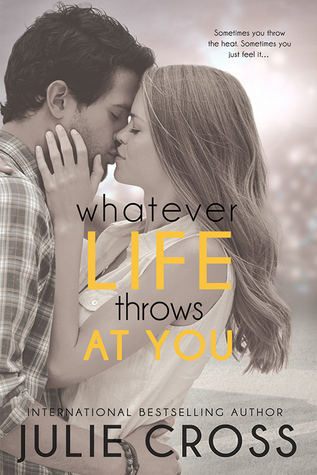 Whatever Life Throws at You by Julie Cross

Seventeen-year-old Annie Lucas’s life is completely upended the moment her dad returns to the major leagues as the new pitching coach for the Kansas City Royals. Now she’s living in Missouri (too cold), attending an all-girls school (no boys), and navigating the strange world of professional sports. But Annie has dreams of her own—most of which involve placing first at every track meet…and one starring the Royals’ super-hot rookie pitcher.

But nineteen-year-old Jason Brody is completely, utterly, and totally off-limits. Besides, her dad would kill them both several times over. Not to mention Brody has something of a past, and his fan club is filled with C-cupped models, not smart-mouthed high school “brats” who can run the pants off every player on the team. Annie has enough on her plate without taking their friendship to the next level. The last thing she should be doing is falling in love.

But baseball isn’t just a game. It’s life. And sometimes, it can break your heart…

A Heart So Fierce and Broken (Cursebreakers #2) by Brigid Kemmerer

Find the heir, win the crown.

The curse is finally broken, but Prince Rhen of Emberfall faces darker troubles still. Rumors circulate that he is not the true heir and that forbidden magic has been unleashed in Emberfall. Although Rhen has Harper by his side, his guardsman Grey is missing, leaving more questions than answers.

Win the crown, save the kingdom.

Rumored to be the heir, Grey has been on the run since he destroyed Lilith. He has no desire to challenge Rhen–until Karis Luran once again threatens to take Emberfall by force. Her own daughter Lia Mara sees the flaws in her mother’s violent plan, but can she convince Grey to stand against Rhen, even for the good of Emberfall?

One thought on “WWW Wednesday #18”