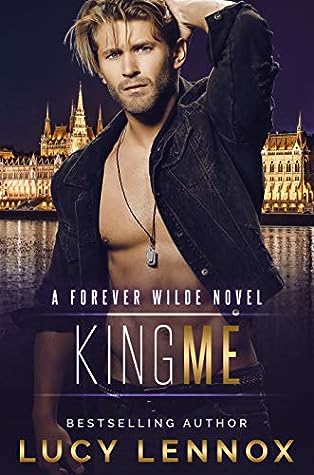 Three years ago I arrived at the scene of an art heist to find Kingston Wilde tied to a radiator, claiming to be an innocent bystander in the wrong place at the wrong time. It was only later I learned he was actually, the elusive art thief I’d been tracking for years. And I was the one who’d let him sweet-talk his way out of my grasp. Ever since, I’ve made it my mission to get my hands on him again, and this time I don’t plan on letting go.

Unfortunately, fate has other plans. A priceless artifact has gone missing, and King is the only one who can help recover it. I thought nothing could be worse than being forced to work with the egotistical SOB, but I was wrong. Falling for the charming art thief in the middle of an operation is way, way worse.

The key to being a good art thief is knowing when to call it quits. After one close call too many, I decide that time is now and head home to Hobie, Texas, intending to hang up my lock picks for good. Unfortunately, the FBI has other plans. Agent Dirk Falcon approaches me with an offer I can’t refuse: full immunity for my past crimes in exchange for helping him with one last job.

The catch? The job involves stealing from the very man who taught me everything I know. The same man who double-crossed me years ago. Pulling this off means trusting Falcon and his team, but how do I trust the sexy agent when he’s staked his career on taking me down?

What instantly drew me to this book was the fact that our main character was a criminal, an art thief at that. I knew this had the potential to be great.

Kingston has been a wanted criminal for years. When his boyfriend and partner in crime suddenly betrays him and causes King to almost get caught, he decides it’s the perfect time to quit.

Falcon has been searching for his art thief for years, when he realized it’s a King, a man he met a few years back, he is thoroughly annoyed at the fact he let him get away. But when a priceless artifact is stolen, he needs the help of Le Chaton, the elusive thief.

I adored King and Falcon’s relationship. The progression from enemies to lovers to also friends made me giddy. I thought King was a complex character. Learning about the way he became a thief, to quitting, and to eventually working with the FBI was a trip.

I also really liked Falcon’s co-workers. They brought humor and charisma to the story. The story was filled with heists and scheming. I liked that the quiet and slow moments were few and far between.

Overall, this was a funny and fast-paced romance. While this is the 7th book in the series, it can 100% be read as a standalone.

One thought on “ARC Review: King Me”