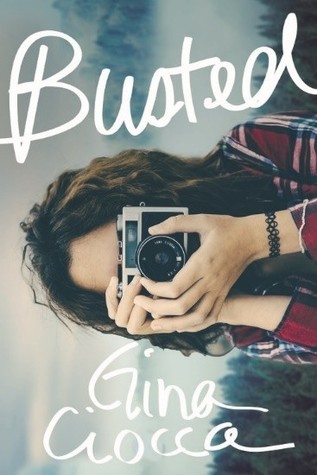 Marisa wasn’t planning to be a snoop for hire—until she accidentally caught her best friend’s boyfriend making out with another girl. Now her reputation for sniffing out cheaters has spread all over school, and Marisa finds herself the reluctant queen of busting two-timing boys.

But when ex-frenemy Kendall asks her to spy on her boyfriend, TJ, Marisa quickly discovers the girl TJ might be falling for is Marisa herself. And worse yet? The feelings are quickly becoming mutual. Now, she’s stuck spying on a “mystery girl” and the spoken-for guy who just might be the love of her life…

I have very mixed feelings about this.

On one hand, I know this is a nice, feel-good, contemporary novel about a girl who decides to investigate her friends’ boyfriend, to see if he’s cheating. But on the other, I felt uncomfortable at the thought that she would just stalk these guys and photograph them.

This book follows a girl named Marisa who finds her best friends boyfriend cheating on her. She never planned on catching this guy cheating, but when she does, it comes out. A bunch of girls then start asking Marisa to follow their boyfriends because they’re jealous.
This was a short and quick read, and it was, for the most part, entertaining. However, I never really fell for these characters. This book scratched the bare surface of them, and I wish we had learned more about them.

Charlie, Marisa’s best friend, was annoying. She slut shames, and bullies, and yes, she is called out by Marisa for it. But I was never able to like her. Kendall, is absolutely insufferable. She manipulates Marisa the entire book, Marisa knows she’s being manipulated, and doesn’t do anything about it until the end. Everyone cheats on everyone in this book. I know from the premise I should have expected this, but for some reason I didn’t. And it came to a point where I couldn’t follow who cheated on who with who. Also, I did not like the love interest.

The plot was also lacked direction. This got pretty convoluted. Like I said, it was hard to keep track of who cheated with who. Everyone was keeping secrets from each other. There was a mystery that Marisa kept trying to solve, but was having a lot of trouble with. Everyone kept acting really sketchy. There were surprising twists, but too many. This really did feel like a soap opera. If I’m being honest, I don’t think I still fully get who was involved with the main mystery.

This book just wasn’t for me. It was bit juvenile, and there weren’t any characters that I really liked.

One thought on “ARC Review: Busted”

“But if chasing after Sullivan Meadows is the foolish thing to do, I’m gonna be the biggest fool this world has ever seen.”
“Is this going to change everything?”
“Sometimes the braver thing is to accept help when you've been made to believe you shouldn't need it.”
“You could start a fire with the heat between you two.”
“Girl scouts didn't teach me what to do with emotionally unstable drunk boys.”
He pulls me around and kisses me.
Loading Comments...
Comment
×
%d bloggers like this: