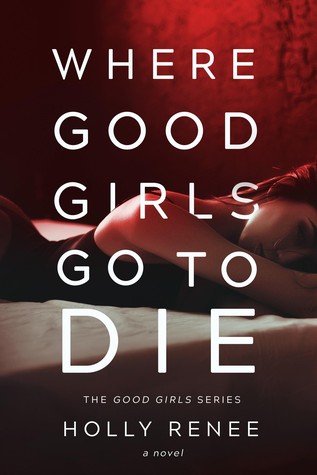 It was a bad idea from the beginning.

He was my brother’s best friend and the definition of unavailable.

But I didn’t care.

I had loved him for as long as I could remember.

But then he broke my heart as easily as I fell for him. He watched me fall, spiraling out of control, and as I reached for him, he wasn’t there to catch me.

Four years later, I never expected to see him again.

He was still my brother’s best friend, and he was more unavailable than ever.

He looked every bit the bad boy I knew he was, covered in tattoos and a crooked smile.

Guarding my heart from him was top priority because Parker James was where good girls go to die.

Unfortunately for him, I wasn’t a good girl anymore.

I’m sorry but this book was just bad.

The MC is named Liv. The book starts with Liv stripping for a bachelor party, her life gets complicated when she realizes the groom is the guy she was in love with growing up, Parker. He’s the reason she left home years ago when she found out he got his ex pregnant. She is also the perfect example of a doormat character. She is unable to hold her own when it comes to Parker and I have no idea what she sees in him.

The hero is awful and selfish. He treats Liv like shit and she just takes it. If this was a story about Liv getting away from her controlling boyfriend or even calling him out on his b.s. I would have been all over this. But Liv forgives him again and again. There’s a lot of jealousy here and they say they love each other but there was no proof of that.

Also, the plot did not help anything at all. It was shallow and predictable. There was absolutely no character development, there are no surprises or twists in the plot, and there are a bunch of plot points that are never addressed. Unfortunately, this book was not for me.

4 thoughts on “Review: Where Good Girls Go To Die”