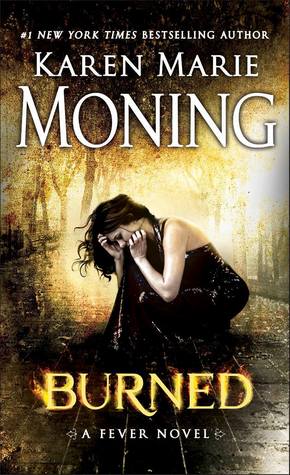 “Temptation isn’t a sin that you triumph over once, completely and then you’re free. Temptation slips into bed with you each night and helps you say your prayers. It wakes you in the morning with a friendly cup of coffee, and knows exactly how you take it.”

Unpopular opinion time: I really liked this book. I liked it a lot more than Iced anyway. Honestly, I don’t see why so many people didn’t like it. It feels a lot like her previous books in the series (even if this one has more romance than usual).

I really love that we’re back in Mac’s POV (mostly) again. While she may be a bit clueless or silly, I still love her. What can I say? I find her charming and amusing, even if she is frustrating at times.

We’re also learning more about the Nine, as a group and individually. So that was a nice surprise. It was great to see Barrons again and see more of Ryodan. But Lor was what brought some much needed humor and he such a great character to read about.

While not a lot happened in the overall story arc and feels a lot like a middle book, Burned did not disappoint. I’m hoping the next book answers more questions than this one did. (view spoiler)[Especially the whole Jada/Dani thing. Which I ended up liking. (hide spoiler)] And I’m happy to say KMM’s writing is still fantastic.

Overall, Burned was an entertaining read and if you liked Moning’s previous books you’ll enjoy catching up with all your favorite characters. Also the ending was awesome.